6 Ugandans to face trial for illegal logging in Nimule 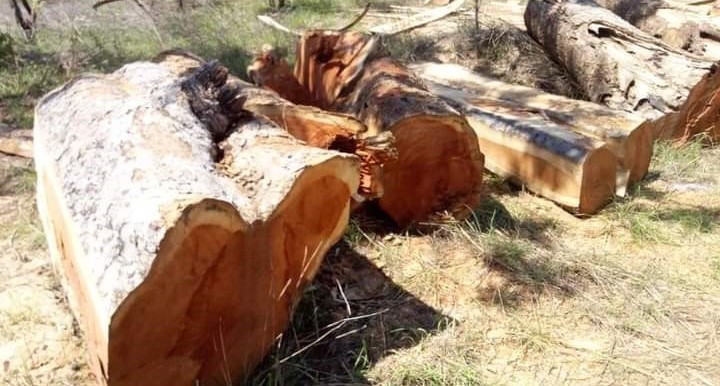 “This case happened on Saturday, the chief came to the station saying that on the 18th of March some unknown people were cutting big trees in the side of Melijo that is why we sent forces there and they found these six people there, with them was a small car and the machine for cutting trees," Francis said.

“After arresting them they were brought here in the station, all of them are from Acholi, Uganda. According to their statement, they don’t know that they were cutting inside South Sudan, they thought the place belongs to them in Uganda that is why didn’t ask for approval," he added.

A car and a logging machine belonging to the accused were also seized by the police.

Magwi County Commissioner David Otto Remison said a case has been filed against the illegal loggers.

“We are now tracing who has given them the mandate to come and enter first of all illegally, this is an offense, secondly, you enter the country and engage in an illegal act this also an offense. A case has been opened by the ministry directorate of forestry in the site and actually legal procedures is taking place,” he said.

Last month six Ugandan nationals and four south Sudanese were arrested in the Pajok area of the defunct Ayachi county of Eastern Equatoria State for involvement in illegal timber logging.