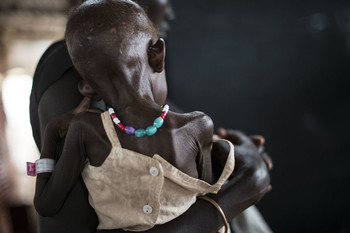 Amid Governor Joseph Ngere Pachiko told Radio Tamazuj on Friday that the 56 elderly people died of hunger two weeks ago while blaming rebel forces loyal to Riek Machar of blocking the roads in the state.

The United Nations has warned on Wednesday that more than 20 million people are in danger of hunger in Somalia, South Sudan, Yemen, and Northeast Nigeria.