35% Affirmative Action for women in next transitional govt 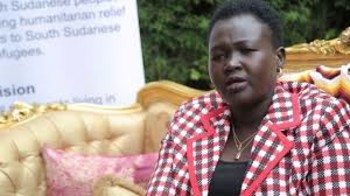 The chairperson of the Women Bloc of South Sudan Amer Manyok Deng told Radio Tamazuj on Tuesday that the parties in the just-concluded High Level Revitalisation Forum in Ethiopia’s Addis Ababa have agreed to grant women 35 per cent in power sharing.

Manyok said the women representatives at the talks demanded 50 per cent representation in the next transitional government but the 35% figure was arrived at after consultations with all the parties.

She also pointed out that according to a proposal by the regional Intergovernmental Authority on Development IGAD, which is facilitating the talks, one of the four vice presidents should be a woman.

“We as women should sit and consult until we come out with one voice and choose who will be the vice president of the republic?” Manyok said.

She called on all women to work hard so that they can be fully represented in the power sharing deal.