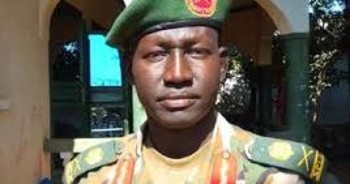 The military (SSPDF) said it has released more than 20 children captured in fighting between government and General Paul Malong forces in Aweil East State.

Speaking to Radio Tamazuj on Wednesday, SSPDF spokesperson Major General Lul Ruai Koang said they handed over 21 children captured in fighting with the rebel group to the Commission for Disarmament, Demobilization and Reintegration (DDR) in Aweil East state.

“The children captured were handed over to a Disarmament, Demobilization and Reintegration Commission official,” he said.

Koang pointed out that the released children were among more than 30 rebel fighters captured in clashes last month.

For his part, the national DDR coordinator, Oluku Andrew confirmed the handover of children to state authorities in the presence of humanitarian agencies dealing with child protection in the region.

He said the children will reintegrated into the community after two weeks.

“These children are under the responsibility of the state government and children organizations in the region. They will be given guidance for two weeks before being handed over to their families and reintegrated into the community,” he explained.