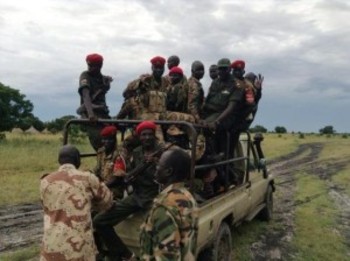 Authorities in South Sudan’s Fashoda state have admitted that at least two SPLA soldiers were killed and seven others wounded from their side during clashes with rebel forces in Kaka area on Tuesday.

The Commissioner of Okurwa County, Duknar Akany, told Radio Tamazuj today that their troops repulsed attacks launched by Aguelek forces on their positions in Kaka area on Tuesday.

Duknar admitted that at least two soldiers were killed and seven others wounded from their side during the clashes, claiming they also killed more than 10 Aguelek soldiers including senior officers.

The local official further said the SPLA forces managed to capture three rebel soldiers during the clashes, adding that the wounded rebel soldiers are currently receiving treatment at Paloich Hospital.

SPLA spokesperson Lul Ruai Koang confirmed the clashes with opposition troops in Kaka town over the last two days. However, he didn’t give more details about the clashes.

For his part, William Gatjiath Deng, the opposition spokesperson claimed that the clashes erupted in Kaka area after their defensive positions came under heavy attack by SPLA forces.

“Yes, I heard that there was a clash in the area but it is the government forces that attacked our forces near Kaka and Magenis, so our forces managed to repulse them. But until now I don’t have more details about the fighting,” said Gatjiath.