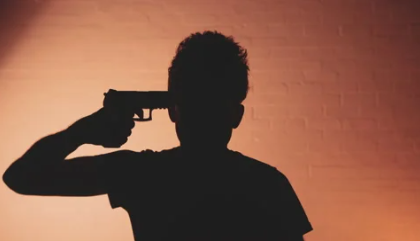 The police in Rumbek East County in Lakes State have confirmed that a 12-year-old boy identified as Marial Makot Mapuor over the weekend stole a gun and committed suicide after he was beaten and forced by his parents to go back and herd the family’s cattle.

“The boy shot himself using a gun in the cattle camp,” he explained. “He is not a schoolboy but a cattle camp boy and is 12 years of age. It is not known how he got a gun and shot himself dead.”

Turic said the owner of the firearm has not yet been apprehended.

Meanwhile, the executive chief of Malengagok Payam in Rumbek East County, Sultan Majak Deng Mabok, said nobody has been arrested in connection with the incident because the boy was beaten by his parents.

“No one has been arrested because the boy was beaten by his mother and he was forced to go to the cattle from where he escaped and that is why he went back to cattle camp and killed himself,” he said. “He was beaten and chased back to cattle camp and that is why he was angry and stole a gun and shot himself dead. The reason he shot himself is that these days the cattle camps are flooded and the work there is very heavy and I think that the boy does not like the situation there.”

According to Chief Majak, the police is investigating the parents of the deceased minor but are getting the same narrative. He said the police took the weapon the boy used to kill himself and that the owner of the gun will be fined for possessing it illegally.